Boy thinks having a beard will make him wiser so Girl decides to make him one out of Cat's hair.

The episode starts with the family watching TV. On the show they’re watching, Captain Calisto talks to a wise old man with a beard, who gives her advice which she uses to win a fight. Boy says he wants to grow a beard so he can look wise, but Girl, who is using Mouse’s new invention, the Attract-O-Ray, to feed herself grapes, believes that Boy will still be a fool even if he grows a beard. Mouse warns Girl that using the Attract-O-Ray too much will lead to the effects becoming permanent. Girl comes up with an idea to prank Boy. While the boys are sleeping, Girl, Cat, and Cheese sneak into their bedroom and steal the Attract-O-Ray from Mouse. Girl uses the ray to stick some of Cat’s fur to Boy’s face, like a beard.

Boy wakes up in the morning and is excited to see that he now has a “beard”. However, he finds the Attract-O-Ray with some fur still stuck on it and immediately realizes what has happened. Regardless, he continues to feel happy about his beard, to Girl’s shock and disappointment.

Later that morning, at school, Girl puts up posters for her after-school cosplay club, with some help from her sisters. Girl’s school nemesis, Lila Bird, shows up and mocks her for “playing dress-up” at her age. She proceeds to tear down one of Girl’s posters and replace it with one announcing her candidacy for the position of school president, and informs Girl that if she wins the election, she will shut down the cosplay club. Meanwhile, the other students ask Boy for advice since he has a beard and looks wise. He gives them stupid advice, but they take it anyway because of his appearance. Cat comes up with an idea: Boy should run for school president. Since everyone listens to whatever he says, he should win the election and Lila can’t shut down the cosplay club.

Back at home, Boy gets Dog to get him more cat hair so he can use the Attract-O-Ray and make himself a beard again. Girl announces her plan to Boy, who is initially hesitant, but eventually accepts. The siblings form a campaign team with Cat as the PR person and Cheese as the stylist. They give Boy his campaign speech, but Boy finds out that it is full of lies that disparage Lila. He refuses to give this speech, but it turns out that any idea that he himself has is incredibly stupid (like suggesting that the school builds more walls, which will not help the students in any way). Girl tries to break the Attract-O-Ray so Boy won’t get to have a beard anymore. In the chaos that ensues, Cat winds up permanently stuck to Boy’s face. Girl apologizes for her actions. Boy says that even if he has a cat stuck to his face, he will still try to give his speech since he knows how important the cosplay club is to Girl.

Boy ends up giving out stupid suggestions, and one of the students points out how idiotic his ideas are. The audience boos Boy. Lila shows up. Cat sees the bird on Lila’s shoulder and starts chasing it, dragging Boy along with her. Boy ends up getting unstuck and he falls on top of Lila. The audience begins to mock Boy for not having an actual beard. Lila encourages the students to vote for her, but accidentally ends up calling them “idiots” out loud. The audience boos her too. Girl steps onto the stage to defend her brother. Boy apologizes to the audience for everything. Girl remarks on how wise his speech was. Boy encourages Girl to join the race, so Girl announces that she is running for school president. It looks like Girl will win, but the episode ends with Cat being the winner.

In France, it is listed as "La Barbe" and it was paired up with "Greb-Nefual E-neg!" when it premiered on Gulli. 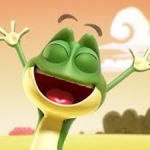 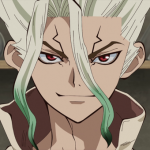